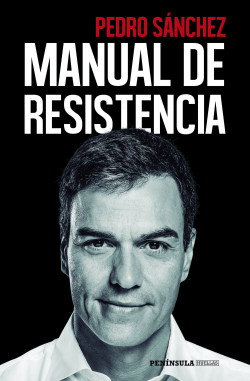 “A no-confidence vote has never succeeded in Spain”; “It’s impossible to win the primaries without the support of the party machinery”: “Here nobody resigns just to keep their word…” One after another, all these commonplaces in our political life have been swept away by one man: Pedro Sánchez.

His arrival to the post of general secretary of the PSOE in 2014, in the midst of a global economic crisis, inaugurated a new age in politics. Two years later, he was expelled from the party leadership, but returned, with the support of his delegates, and was named President of the government one year later. In a matter of months, he has made Spain a leading defender of progressive values and politics, of justice, pro-Europeanism, feminism, and environmentalism.

The author of this book––a true manual of resistance––tells his life story as one of resilience, a personal process impossible to understand except through the strength of his convictions. He has raced through four years during which nothing in politics was predictable.

No doubt about it, this is a historic moment: the Catalan crisis, changes in the parties, the rise of authoritarianism all make the present moment highly significant. In these pages, among political reflections, action, betrayal, and courage, readers will also find a lesser-known side of the president.